True then - True now.
Everybody knows,
but nobody wants to know.
Why do you think that is?
It's so easy to fool ourselves.
Too easy to pretend all is well.
We live in a Land of Delusion.
Heads comfortably buried
in warm, soft, colorful sand.
Blindly willing to
jump down, spin around
and pick a bale of cotton.
To forget it and go shopping.
They are counting on that.
It's rigged that way.
So we must resort to
Extraordinary Measures
DON'T PLAY THEIR GAME
Song by Leonard Cohen
Posted by Fracked at 12:33 PM No comments:

Ricketts Glen State Park
Note: They put it back up - yeah
Brand new from GDAC:
One of the best of so many magnificent PA State Parks.
Great Job! - More, Please.
Posted by Fracked at 4:49 AM 3 comments: 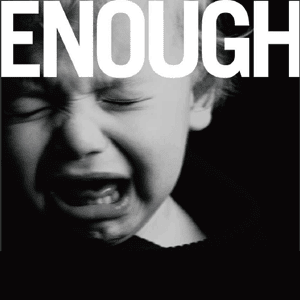 THIS IS A WAR AGAINST
A TERRIBLE & MERCILESS ENEMY 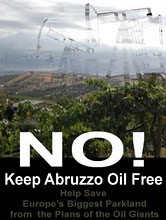 THIS WAR IS GLOBAL
"The fearless battle of an entire region to protect our land, our beaches, our health, our traditions, our communities, our future. One by one, we have empowered the common man using the irresistible weapons of knowledge."
Our Brothers & Sisters in Abruzzo, Italy to Big Oil:
"...let it be crystal clear"
"You are not welcome here"
"We will fight to the bitter end"
"We shall defeat you"
"No is No is No"
Inspiration from halfway around the world.
Same fight - different place.
CLICK HERE
Please watch this video made by students in Abruzzo
It's as good as any I've seen
"...the most important ingredient:
us the people"
Posted by Fracked at 11:33 AM No comments:

The Flower Duet
Song of the Flower
Leo Delibes & Khalil Gibran
"This is widsom
which man must learn."
OPEN YOUR EYES
Posted by Fracked at 12:25 AM No comments:

NOW THE TIME HAS COME
CAN'T PUT IT OFF ANOTHER DAY
Steve Earle with Sheryl Crow
Posted by Fracked at 5:55 PM No comments:

How can everyone see it...
And then be so blind?
Joe Walsh
Posted by Fracked at 10:25 PM No comments: 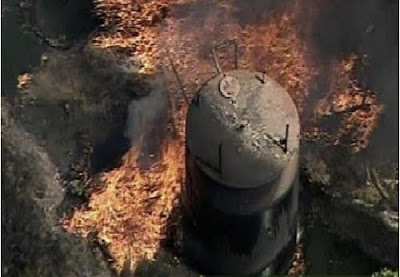 Been sitting here reviewing all the latest.
Been reading fracker quotes from last night's EPA Hearing.
Been reading about trillions of frack money in Forbes
Been reading about something new to me called
"unintended communication".
Been watching US House fracking committee meetings.
Been thinking about loaded dice.
Been wondering about the cearcall.
Been ever more FRACKED
Just Give Me Some Truth

Here's a new report on last week's hearing from GritTV. It's the best I've seen and really highlights the basic conflict between those with real concern for the environment and those who protectively rationalize their "right" to endanger others based solely on owning property while espousing the "safety" of fracking.
Of course, I  really don't think this conflict matters at all to the DRBC. I think this game has always been rigged.
But then, like my favorite Greek philosopher, I'm a cynic. And I'll keep on carry'n that lantern -
just in case. Oh, yeah.

Posted by Fracked at 8:10 PM No comments:

Isaiah Thompson of Philadelphia City Paper has been doing an outstanding job of reporting and blogging about fracking in the Marcellus.
Please see his new post on the PA DCNR release of information on the impact of drilling in state forest lands with links to their data and informational maps.
And his blog, "The Clog", has a new design.
CLICK HERE
Thanks again Isaiah!
For background on Rendell's leasing of our state forests please see Isaiah's lengthy report from last February.
CLICK HERE
Posted by Fracked at 6:32 PM No comments:

HALLIBURTON FRACKS IT IN 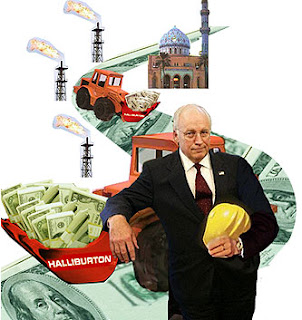 "Halliburton Co. said Monday its second-quarter profit soared 83 percent as natural gas drilling activity picked up in the U.S."
"The U.S. ban on deepwater exploration will cut into company profits. But Halliburton has been able to boost earnings anyway through its land-based business, particularly operations involving horizontal drilling of shale gas deposits."
"The Houston oil and gas service company reported net income of $480 million for the April-June period, up from $262 million a year ago."
"Completion and production income in North America increased $173 million. Income from drilling and evaluation increased by $38 million in the US , primarily because of higher horizontal drilling activity on land."
"Revenue jumped 26 percent to $4.39 billion from $3.49 billion a year ago."


Halliburton Frac Dance
WE'RE GONNA NEED
A BIGGER BOAT
Posted by Fracked at 9:44 AM No comments:

"If there are no problems with drilling, then
why are there so many problems with drilling?"
Here are some videos from last Wednesday's hearing. I'm putting Mark Ruffalo's comments first because I thought they were the best under the circumstances. Josh Fox was loudly interupted by the landowners. Last is an interview with Josh outside the hearing. His energy, commitment and dedication continue to amaze me. 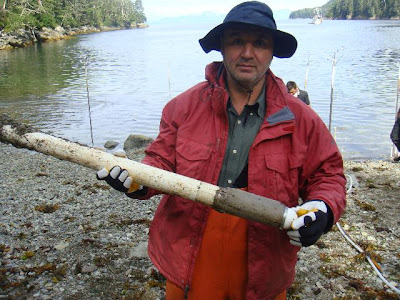 Isaiah Thompson of City Paper has written another outstanding article about our problem. He features Dr Michael Boufadel of Temple University who is a distinguished and unbiased (doesn't consult to the industry) scientist who voices his very serious concerns over the rush to drill.
It's about time his worries and recommendations were given some real publicity to help offset the absolute crap so often hurled at us by other "academics" who have a financial interest in the frackers.
Please note his final words as to his motivation:
"I live here, too - and I have children."
Click here
Once again I say - Way to go Isaiah!
Note - On April 20,The Academy of Natural Sciences held a panel discussion called "Marcellus Shale: The Science and the Policy". The panelists included Dr Boufadel, Curtis Jones, Jr, Philadelphia City Councilman, Kenneth Warren, Esq., General Counsel of the DRBC, and Dr Terry Engelder from PSU. I have watched the discussion in its entirety and was utterly impressed with Dr Boufadel and Councilman Jones. Engelder's presentation (I watched it twice) was a blatant sales pitch and an embarassment - if I were in charge of the Academy I would have interupted with apologies to the audience and brusquely shown him out the door. In his introduction no mention was made of his private consulting business. I've been meaning to write to the Academy about his decidedly unscientific portion of their otherwise excellent discussion. I might be reading into it, but it seemed that Dr Boufadel was uncomfortable with Engelder's presence.
Watch for yourselves - it's worth the time.
Councilman Jones was a real surprise.
Click here
Posted by Fracked at 9:17 PM No comments: 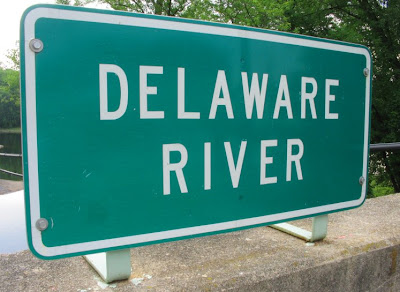 Here's the video of NJN News coverage of today's hearing. I couldn't make it, but my sister was there and said Josh Fox was in attendance. He seems to be in attendance everywhere. Be sure to check out the inane argument from the landowner.
There is an AP report out which is not quite accurate about the vote to allow Cabot's water withdrawals (which sucks)  and the new Executive Director Determination to lift the ban on two exploratory wells (which also sucks)
The dice are sooo frac'n loaded.
Posted by Fracked at 10:51 PM 2 comments:

You will be fracked...

FOREVER
STAND UP PA!
Posted by Fracked at 7:31 PM No comments: 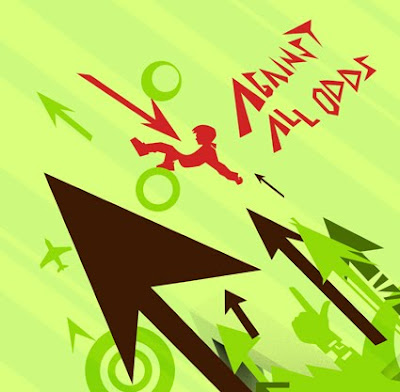 Introduction to the film Seven Beauties (1975) written and directed by Lina Wertmuller.
Nominated for 4 Academy Awards; she was the first woman ever nominated for best director.
Starring the great Giancarlo Gianinni; nominated for best actor.
One of the best movies I've ever seen.
I've always found this introduction meaningful -
now more than ever.
"The ones who are in garbage up to here. Oh yeah."
"The ones who, even now, don't believe the world is round.
Oh yeah, Oh yeah."
"The ones who say 'Everything is wrong here'...
Oh yeah. Oh yeah. Oh yeah."
Posted by Fracked at 10:24 PM No comments: 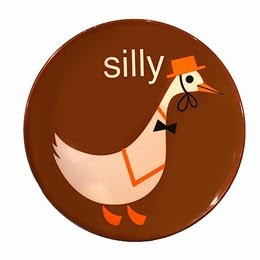 Yesterday I came across an article in the NY Times Energy and Environment Section and found nothing special till I read this quote from a "responsible" Pennsylvanian who is active in the movement to improve regulation of the gas industry:

"This is a billion-dollar industry going after a trillion-dollar asset. Opposing it would be silly. But people aren't aware of the risks to the environment."

For article - click here. It also mentions the new MIT study which is another very annoying and familiar story.
As one who stands unalterably in opposition to drilling - not only to fracking but also to all that comes after (more on that to come) - I object to my opposition being characterized as "silly".
I don't just object -
I strenuously object.
I have been agressively investigating every aspect of this issue, including some angles that have not yet received attention here in our state, and have concluded that the only intelligent, reasonable, sensible and "responsible" position is to demand an outright ban - and to make it loud.
Of course, odds are that the drilling will proceed and I surely do and will support all efforts to regulate the hell out of the frackers. And I admire Mr Bogle's recent letter to the president of Penn State University - see Splashdown post about this - here.
Today I have resisted my usual cynical and sarcastic inclinations out of respect for Mr Bogle, to whom I say - please take a very hard look at the name of your organization and tell me what you see:
RESPONSIBLE DRILLING ALLIANCE
can you say - 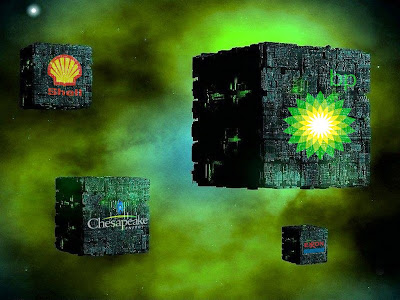 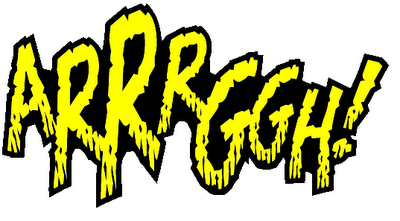 7/2 - update; sorry bout that but all the recent news and Don's blogs about the water withdrawals up north had me feeling totally frustrated, helpless and ANGRY.
Where are super-powers when you need them?
Posted by Fracked at 3:53 PM No comments: 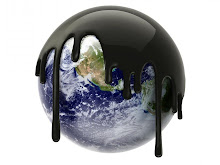 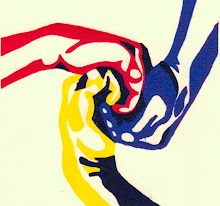 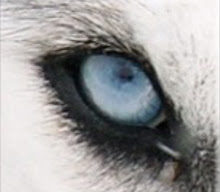 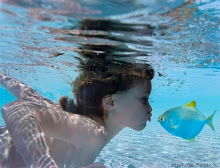 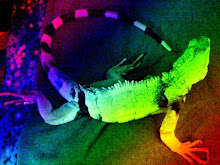 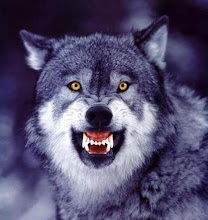 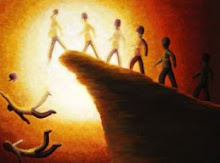 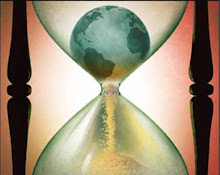 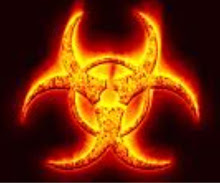 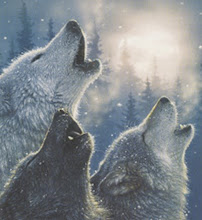 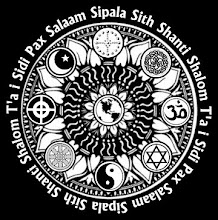